（1850〜1928）
Celebrated ballet dancer and teacher from Italy.
He was the grand-disciple of Carlo Blasis who published an analysis on the ballet techniques for the first time in the world. 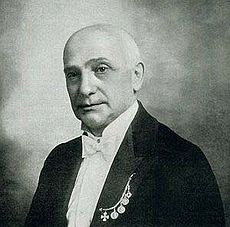 【His major disciples】
Anna Pavlova, Vaslav Nijinsky and Tamara Karsavina (becomes one of the originator of RAD method),
the principal dancers of "The Ballet Russes"
Leonide Massine, the choregrapher and dancer of the film "The Red Shoes"
Serge Lifar, the principal dancer and artistic director of "Paris Opera Ballet".
Dame Ninette de Valois, the founder of "The Royal Ballet".
Dame Alicia Markova, the co-founder of "London Festival Ballet (currently known as English National Ballet)".
Dame Marie Rambert, the founder of "Rambert Dance Company".
Agrippina Vaganova, the originator of "Vaganova Method".
Mikhail Fokin, the choreographer of "Les Sylphides", "The Dying Swan","Petrouchka" and so on. 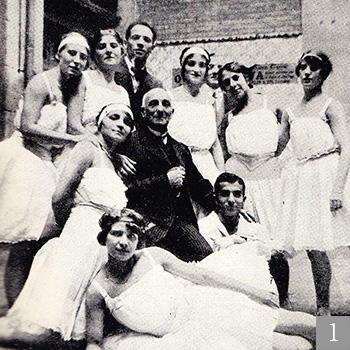 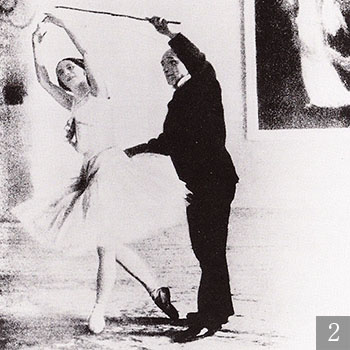 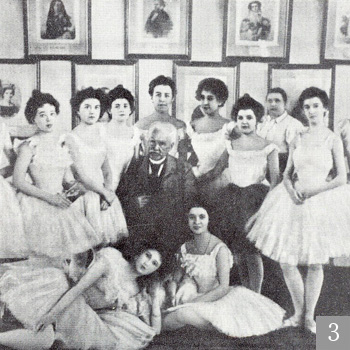 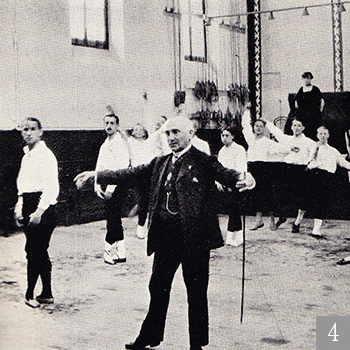 【Biography】
Maestro Cecchetti studied ballet under Giovanni Lepri (teacher at La Scala Ballet School in Milan who was a disciple directly under Carlo Blasis).
After being the principal ballet dancer at La Scala Ballet, he was appointed as the principal ballet dancer and also the Ballet Master at the Mariinsky Theater in Imperial Russia.
Afterwards, he took the teaching job at "the Ballet Russes" under Sergei Diaghilev. The Ballet Russes had Pablo Picasso providing art, Claude Debussy compositions, script by Jean Cocteau and costumes by Coco Chanel. The dancers had great desires to be taught by Maestro Cecchetti every day.
To grant their desires, the company offered him positions as a ballet master and a character artist, so that he could go on a tour with the dancers. One of the company members, Anna Pavlova, took his private coaching at her own expense.
He returned to Italy after having established a ballet school in London. In his last years in Milan, he was a school director of La Scala Ballet School.